This will be the third course change since just last Sunday. Due to the nature of the race (a qualification passage for the Route du Rhum) the race director is playing it safe. A depression expected for Friday in the Bay of Biscay will generate winds of 25 knots (gusting 30), with up to five meter seas. Once again, nothing new for our skipper, but it’s the newbies on the course that the director is considering.

After two retirements, V&B for colliding with and unidentified floating object, and Obportus IV (reason unknown) there remains to be 12 solo racers competing in this ‘1000’ Milles des Sables. The new route will see the fleet round a virtual mark off Oléron, before returning to Les Sables d’Olonne. 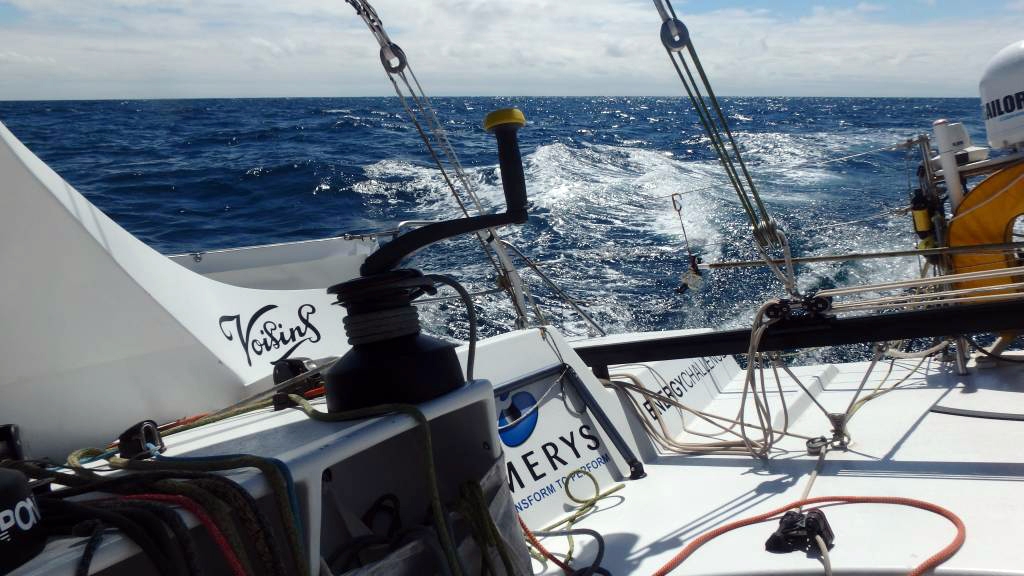