Ultimately, victory in this incredible six-day edition of the 2018 Normandy Channel Race came down to just six seconds. Indeed, this was all that was separating the top two on the finish line set off Ouistreham yesterday afternoon, Imerys Clean Energy skippered by the duo Phil Sharp-Julien Pulvé just snatching the win from Carac skippered by Louis Duc and Gwen Riou despite a valiant effort from all involved in what has been an intense battle from beginning to end. Lasting a little over 6 days and 50 minutes, the Normandy Channel Race gave rise to a merciless elimination race, which saw the original 27 competitors gradually falling out of contention from one course mark to the next. Indeed, the leading group went from 14 in the Solent, to 11 at Wolf Rock, then around 6 at Tuskar and Fastnet and eventually just 3 for final victory, in a race punctuated by a series of dramatic turns of event. The three-way final that started at the Channel Islands went right to the wire, each of the duos taking a turn in the hot seat on the last morning of the race. Phil Sharp and Julien Pulvé took the win after a superb effort coloured by sheer stubborn determination. In so doing, the Briton joins the Spaniard Pablo Santurde on the list of double consecutive champions of the event.

To the wire!
“That was the best gybe of the whole race!” gushed the delighted Briton from the island of Jersey, Phil Sharp, the winner of an extraordinary mano a mano in the final metres of this 1,100-mile race peppered with an abundance of different wind configurations, sea states and currents. “Just before the final mark, I thought we were dead in the water,” the skipper explained, ecstatic yet stupefied after such a final. “There was one last gybe to put in and there was little chance it would work, but we managed to slip along like a dream to windward of Carac.”

Louis Duc obviously shares the same stupefaction, albeit in a subdued version after this cruel blow. The great sport that he is, he applauded his adversary and only had good words to say about the excellent way his boat handled after being launched last year. “There were three leader changes during the last morning!” In this way, the skipper of Carac symbolises the 6 days of close-contact, action-packed racing, where not once did an advantage prove decisive. “It’s all down to how the class has evolved”, says Phil, “with ever more high-performance boats and skilful skippers to drive them. Added to that, the way the Normandy Channel Race is configured constantly kick-starts this feature, making the event an absolute one-off.”

A fabulous podium
Though the final duel between Imerys Clean Energy and Carac will go down in the event’s annals, Aïna Enfance et Avenir naturally warrants a mention after playing a key role in proceedings and finishing just 5 minutes shy of the winner. “We were jostling for first place from beginning to end with the other two,” Aymeric Chappellier points out. “The three-way match was transformed into a duel as we approached Raz Blanchard and we thought Carac was cooked. But no. That’s how it goes! We made a few errors, but overall we sailed well.” Fabien Delahaye backs up his teammate: “Even after the event. We have no regrets. We ended up being powerless in a calm spell 45 miles from the finish. Our rivals saw that we’d got stuck. One went around us on one side, the other opted for the other side of us. It’s frustrating, but we know we gave our all during this event. We put in a huge number of manoeuvres. During the first two days, the two of us drank 24 litres of water, which shows that we spared no effort and set an almighty rhythm”, added Fabien Delahaye, rightly pointing out that the leaders were only rarely rewarded during this race. We knew when we set sail on this race that this is how things would play out, but it was all the more real in this edition, as there was no stability in the weather at all”. 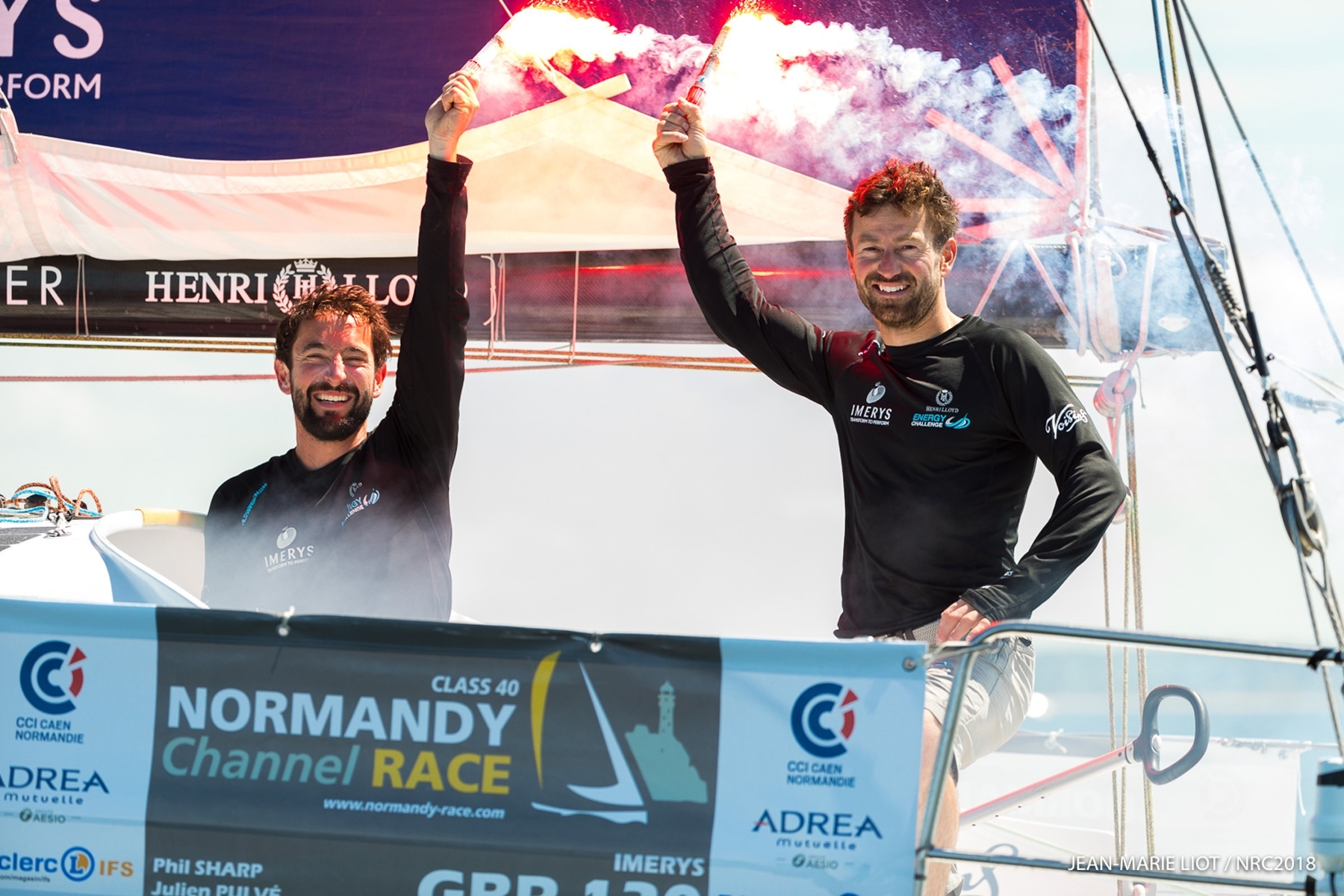 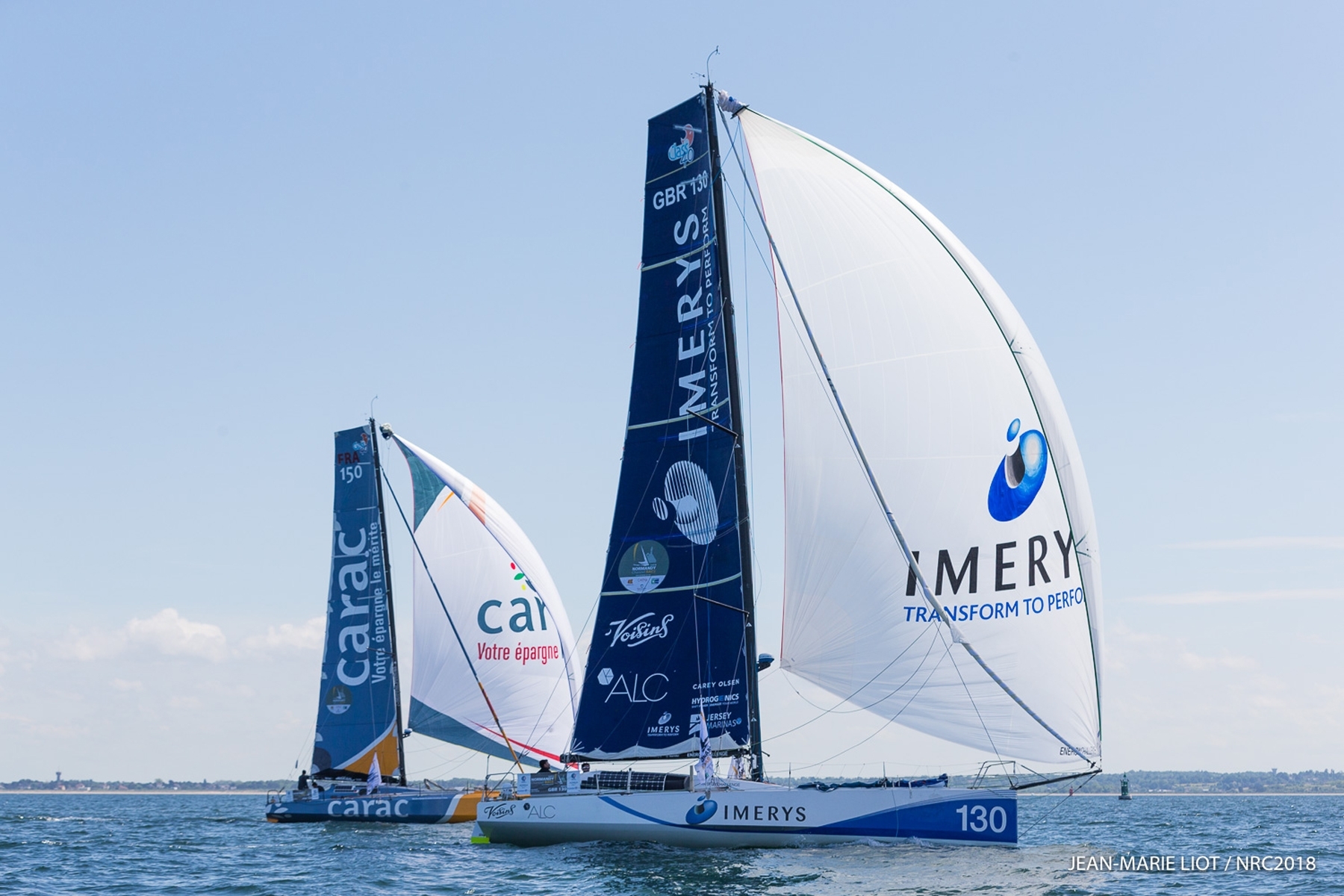 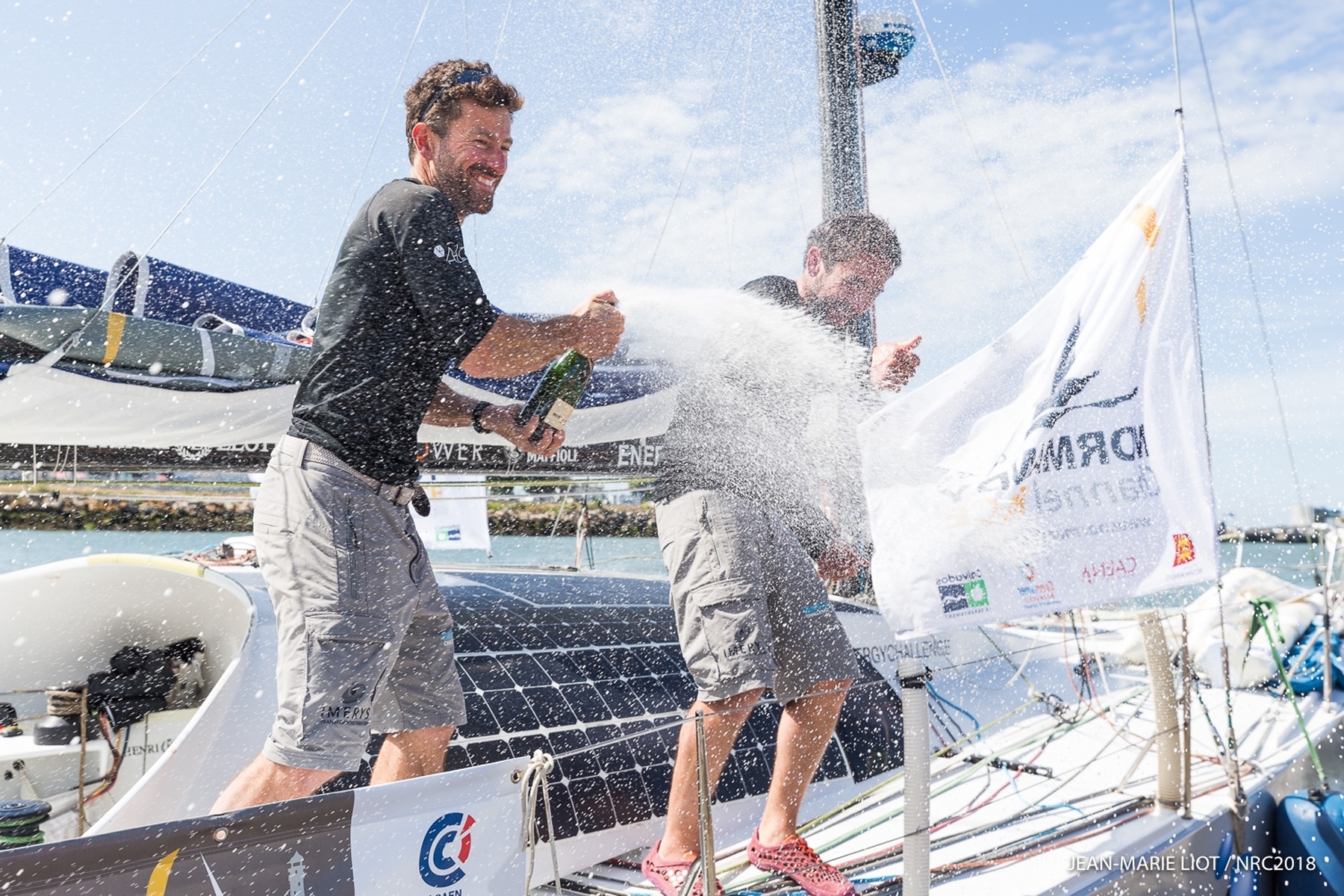 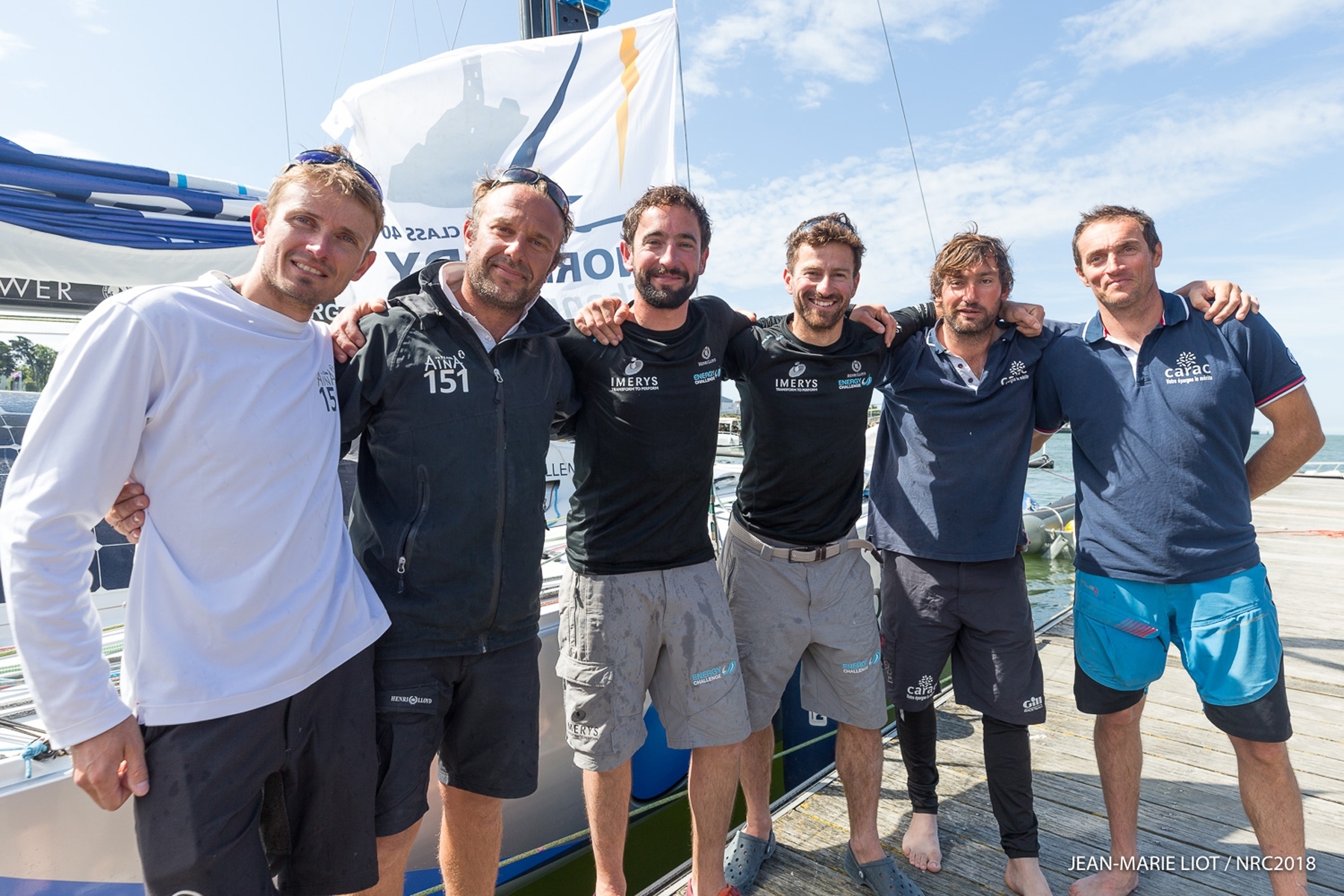