The Anglo-Spanish duo, Phil Sharp and Pablo Santurde (Imerys Clean Energy) extended their lead at the front of the 40ft monohull fleet, as Halvard Mabire and Miranda Merron (Campagne de France) were limping back to Cherbourg, their home port, nursing a broken port rudder.

Such has been the pace, complication and added stress of electronics failure aboard that after 72 hours at sea since the start from Le Havre on Sunday, Phil admits that managing sleep has been hard, “I think we’re getting 3-4 hours in 24 hours.”

“It’s been difficult because it’s been really unstable, so it’s hard to keep the boat flat the whole time. I woke up a couple of times in the night with the boat over and my bunk nearly vertical. It’s quite alarming. The second time I came back to find the sleeping bag had unfortunately gone in a big pool of water in the boat – that was not good.”

Phil took back the lead yesterday then stretched 20 miles ahead of his nearest French rival – Aïna Enfance & Avenir – with five French boats all within 40 miles behind. Despite the fatigue and hot-bunking one wet sleeping bag between them, he and Santurde were able appreciate the result of their efforts.

“The conditions we had yesterday were insane, pushing the boat like that pretty much the whole day at speeds on the limit was quite an experience. We’ve been pushing really hard and when we realised we’d taken a big advantage it was hugely positive for us and we’ve been really spurred on to try keep extending.”

The bad news is that the antenna on their main satellite system failed this morning so they have not been able to download weather files. With no outside assistance allowed, that will be complicated as both the Class40 and the back of the larger Imoca 60ft monohull fleet will have to cope with squalls, gusting up to 30 knots and big seas in the open seas off Portugal as they head to the Azores. 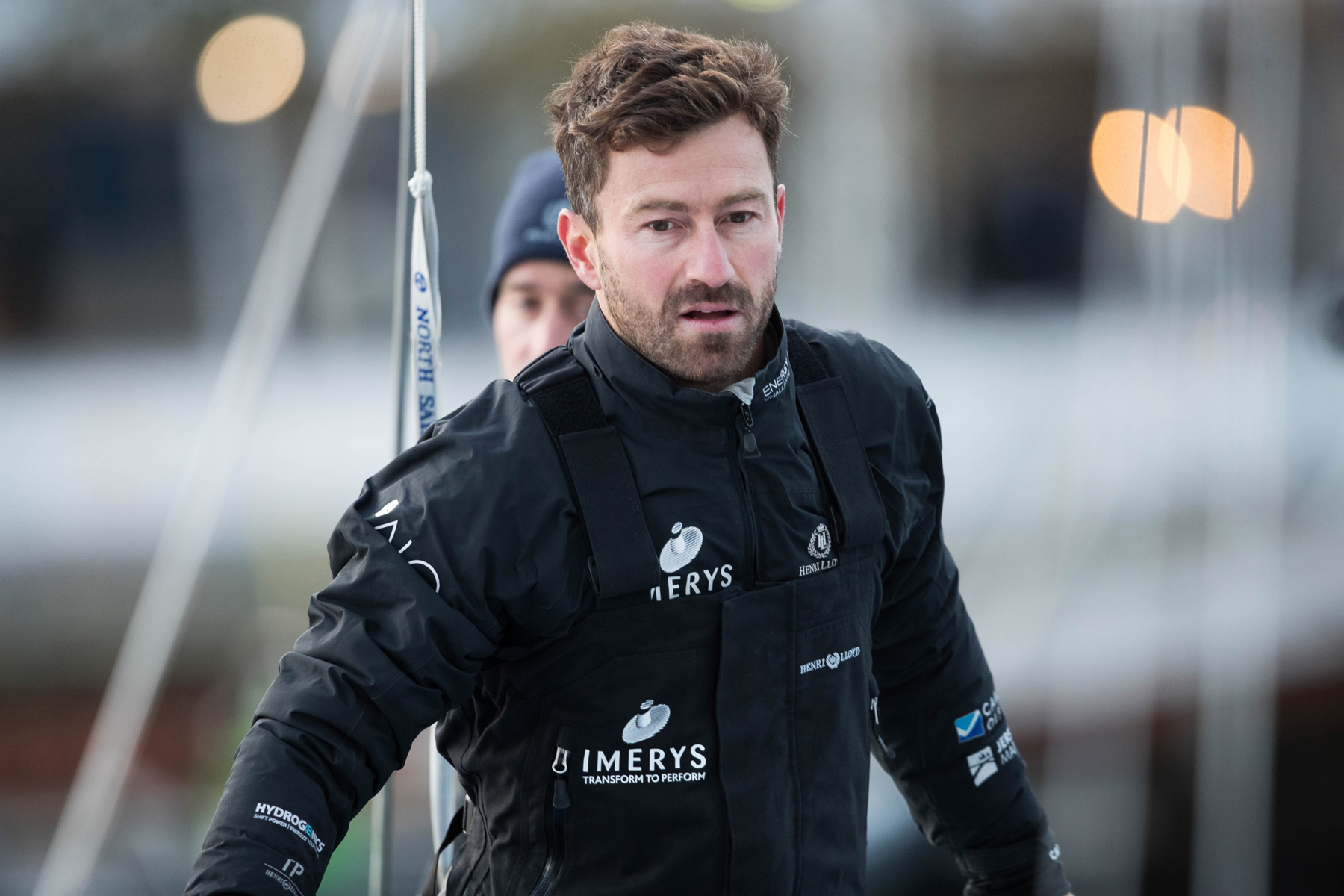