In the 16 days at sea the skipper battled through several problems, some from day one including two ballast leaks, halyard failure, several electronics issues and more seriously, main auto pilot failure. As a solo sailor’s only crew, ordinarily this self-steering system allows the skipper to leave the helm whilst sailing a good course. For Phil, this was not the case. Installing the less effective backup system too did not solve the issue, which continued to malfunction causing the boat to Chinese Gybe (lie flat on its side) twice, and broach 30 times during the race. Each with recovery time lost and posing great risk for sail damage. This combined with sailing through vicious squalls with gusts that ranged between 30 and 50 kts for two thirds of the race made for a particularly gruelling edition of the Route du Rhum.

Despite these challenges and sailing an older generation boat, Phil sailed an inspirational race rooted from his strength of perseverance, he reflects on his experience:

“It’s incredible to at last be here, I’ve been dreaming of Guadeloupe for a long time now…

“The last few weeks have been a real test coping with the weather, competition and with a faulty auto pilot I’ve been sacrificing a huge amount of sleep to helm the boat. Altogether the boat Chinese Gybed twice and broached at least 30 times, which I can tell you is not a nice experience day or night… and which lost me a huge amount of miles and time.

“The conditions were hard. Very unstable and at times where routine was impossible. The gusts meant that it was unsafe to sleep and I needed to be on deck to control the boat each time squalls hit. I was hoping that trade wind sailing would be consistent and stable from day one, but this didn’t materialise until just a few days ago.

“For most of the race I’ve had a tremendous battle with a newer generation boat, a Mach 3 ‘Aina’. Overall this made the racing very exciting and pushed me to my limits, which I think is what good racing is all about. I defended second place by playing VMG tactics, but the last 12 hours were not to be and on the final stretch I just missed out on the current.

“I am disappointed to lose out on 2nd place after such a battle, but I am pleased to finish on the podium and am really looking forward to sharing experiences with the other skippers over the next few days.

“Finally I just want to thank everyone for the support, it has been really uplifting to read the messages during the race and acted as a great motivator.” 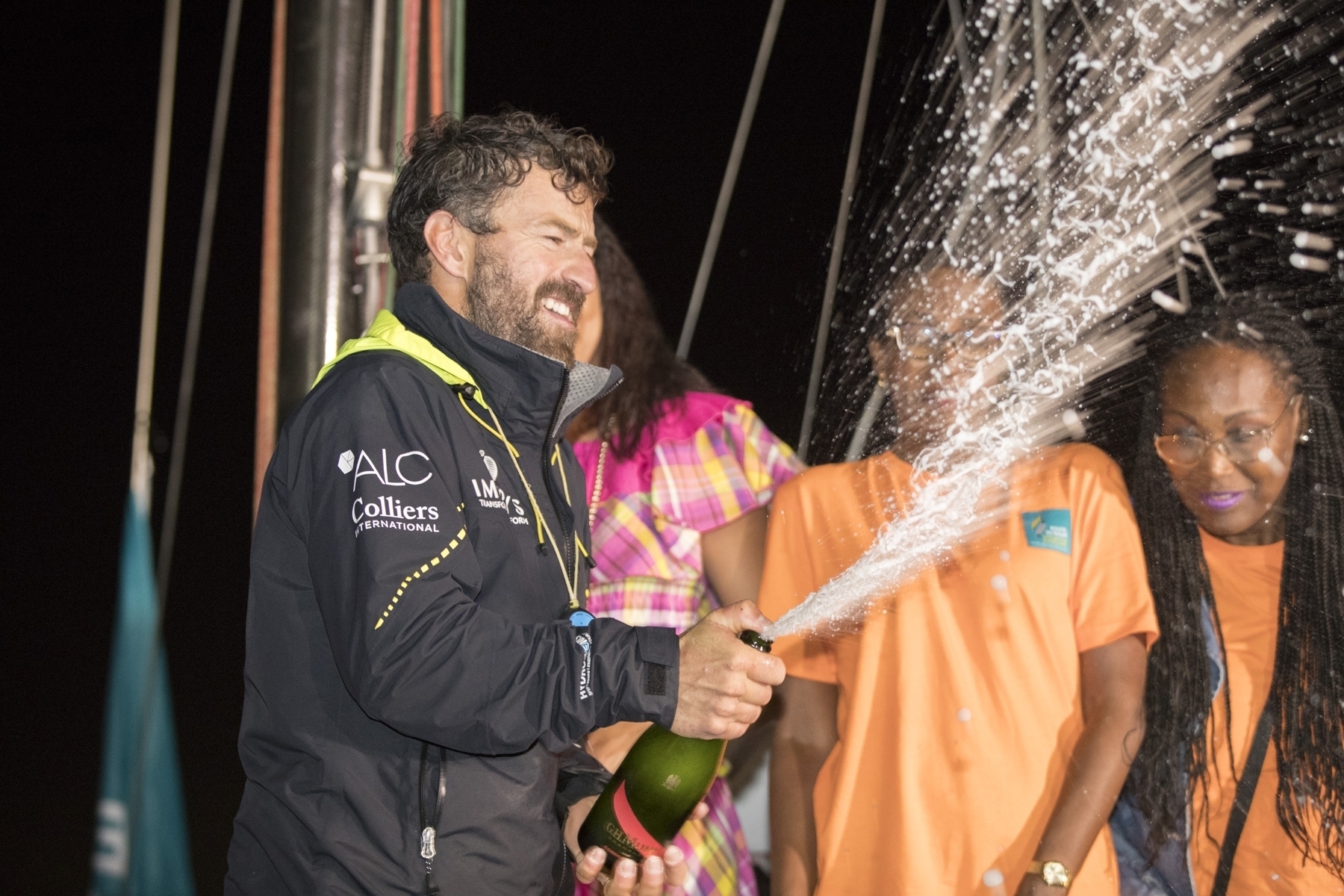