“Yesterday was a hard day aboard Imerys. The conditions required a certain sail (Code 5) in order to get close to matching the speed of Tales II, and to achieve a good angle further south. As we flew our new Code 5 it soon became apparent that the sail has not been set up right for these conditions and the boat was not happy. Pushing Imerys to the speeds of Tales II only resulted in being heavily overpowered and at times spinning out of control. The motion was violent and it was impossible to stand up, meaning that the only way to avoid the impact of shock loads from the boat smacking against waves at high speed, was to crawl around. There was no way we could continue like this so we took down the sail to avoid any damage. Instead we were forced to reach with a sail half the size (jib), which not only was slower, but also took us further north than Tales II, and into less wind. This has meant that our strategy has had to change.

“Our day became a little more stressful as the wind vane blew off the top of the mast, which now means that we don’t have any useful wind data on board. This is a big hindrance to our performance, with no references to the true wind direction and speed, this in turn limits the autopilot modes we can use.

“Then the third problem arose when the mainsail pulled out of the track, which meant we burnt a lot of time and energy dropping and rehoisting the sail. If you want to believe bad luck comes in three’s then hopefully we are done for this race!

“It is quite incredible to see how much the fleet have spread out. This is largely due to the low pressure of the NW corner of Spain that we gybed north of on Tuesday to avoid. Quite a few other boats went too close and got sucked into its light winds.

“Though we would prefer to be further south in more wind and with a better angle to compete directly with Tales II, currently we do not have that option. Looking forward, as we approach the Azores we expect the wind to drop off, which could be a game changer. Fingers firmly crossed!” Phil 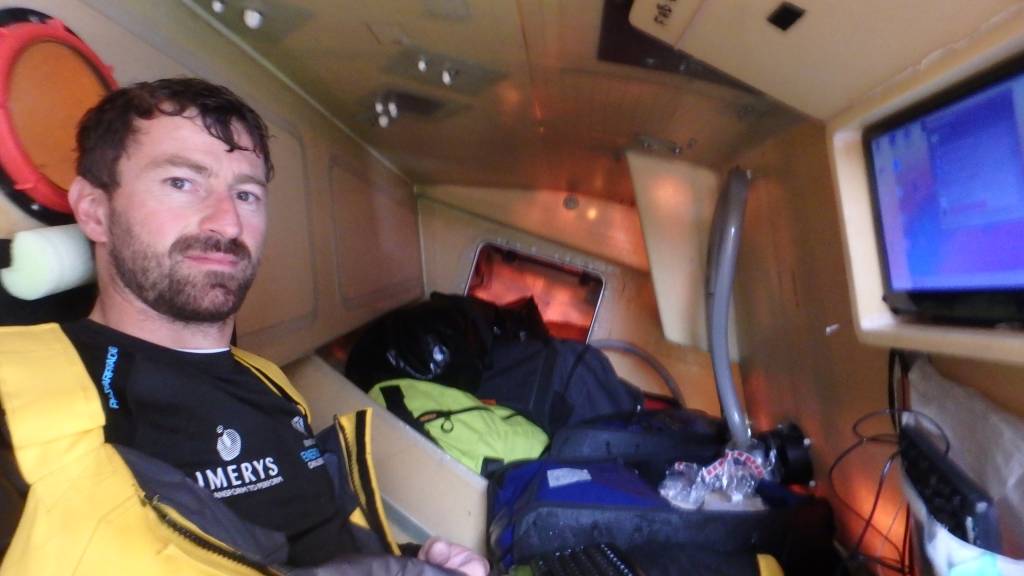