From last to first place

After the tormenting first night trapped under a windless cloud, Phil and Adrien have worked their way from the back to the front of the pack. The fleet are now progressing east towards the finish in Les Sables, rather than north to Iceland! Phil reports on the close racing experienced before splitting from the group.

“Last night we had some very close and exiting racing with Serenis, Tales II, and Aina, having managed to catch up with the leaders after our shocking first night (stuck under cloud). We were right alongside Tales II very early this morning, who gybed north as we gybed south!

“The forecast is very tricky and the wind is up and down so it will be interesting to see if a large separation develops between the boats now that we are at last heading east. Worst off all it has been raining – not something you expect near high pressure! At least it is warm rain unlike the English Channel…!

“Spirit on board is high and we have some good food to keep us energised, but instead Adrien is choosing to eat rotten bananas for breakfast. They look terrible! I have issued a rule that unless they are eaten today, they will be fed to the dolphins. Double-handed sailing is a lot faster than single-handed, so I’d rather he didn’t get ill!

“Praying that the wind stays where we are…” 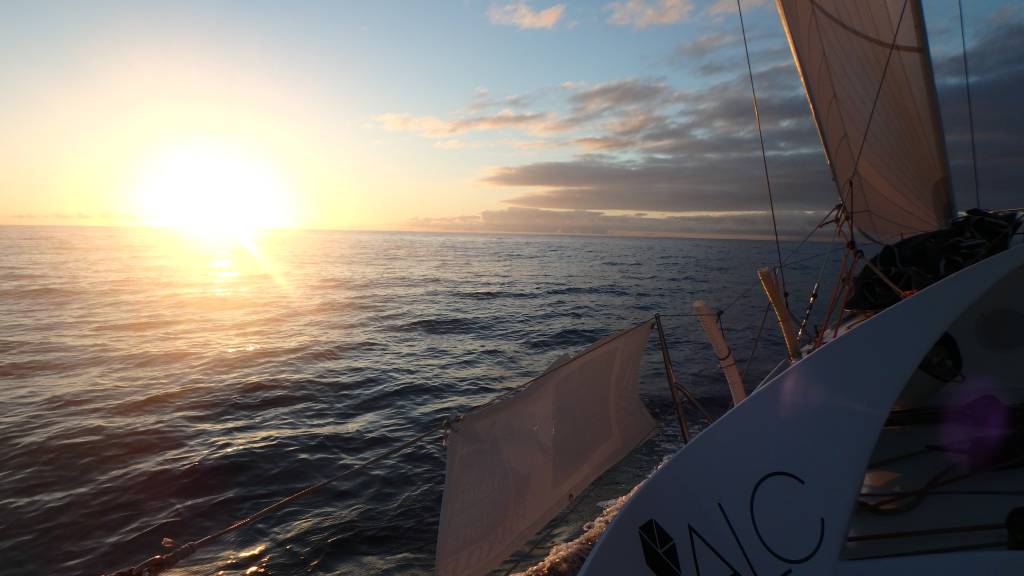 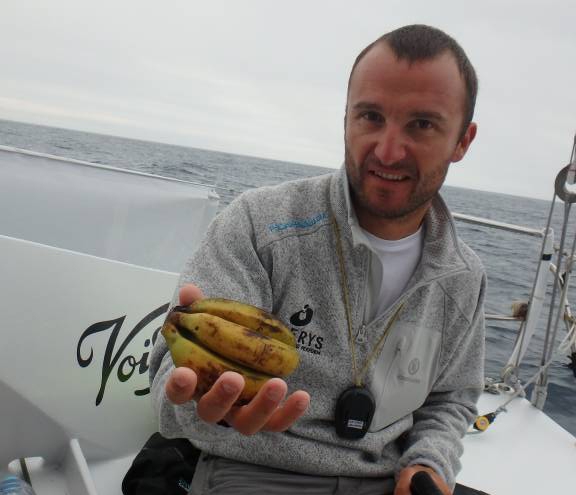