“Today we have entered the world of flying fish! It’s been 12 years since I last saw these racing in the Mini Transat aboard a boat half the size of Imerys Clean Energy. It’s somewhat baffling to see fish soaring around the waves like birds – they’ve taken evolution to a whole new level!

“Manically flapping their fin-wings they literally launch themselves out of the water, directly into the wind – and then they’re off, catching the updrafts and gliding over the waves. They’re air-born for 10 – 20 seconds before they dive back down for a breath of seawater – impressive stuff.

“It’s been a slightly frustrating 12 hours for us losing our western advantage and being bogged down by lighter air than our eastern rivals. There’s only 10 miles separation between all of us, which is really nothing for such a long race – and we’re only half way there!

“Though we can’t see them, we can feel their speedy presence and are silently plotting our next attack – but we must be patient… Phil” 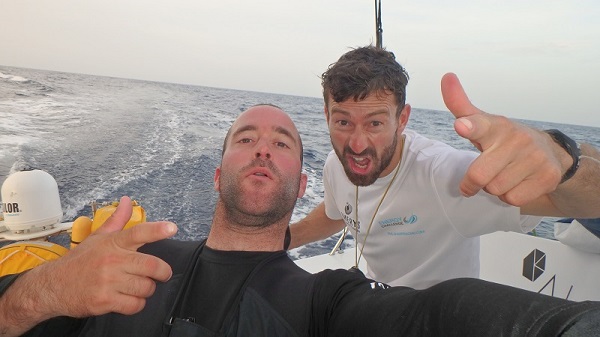