Not only did Phil and Pablo win the race on renewable energy alone, they also set a new record time of 4 days, 11 hours 15 minutes and 50 seconds. Race editor Denis Van Den Brink reports:

Of the 8 editions in this great Norman classic created by Manfred Ramspacher back in 2010, a dream comprising Briton and Jersey resident Phil Sharp, and the Spanish sailor from Santander Pablo Santurde, has just secured victory in the most comprehensive edition of the race ever, sailing the entire original course and with it the richest ever edition in terms of both intensity and action. With the top players constantly jockeying for position, high drama and a wide variety of weather patterns, the event proved to be the most thrilling ride for sailors and spectators alike. This spring, the Normandy Channel Race crowns two implacable winners and celebrates the incredibly unique spirit of close-contact racing, with no respite and no concessions to the sport, in a friendly, good-natured atmosphere evidenced by the laughter of the sailors, which has been resonating around the locks in Ouistreham throughout the morning.

A reference time for the whole course

The British Class40 Imerys skippered by Phil Sharp and Pablo Santurde triumphed this morning in the Normandy Channel Race. They crossed the finish line off Hermanville at 01 hours, 45 minutes and 50 seconds GMT. Their race time is 4 days, 11 hours 15 minutes and 50 seconds, in what will be a reference for future editions. The duo covered the 961 miles of the theoretical course at an average speed of 9.04 knots. The actual distance covered equated to 1,091 miles over the ground at the average speed of 10.17 knots. Posting brilliant performances to secure the runner-up spots, Serenis Consulting skippered by the Jean Galfione-Nicolas Troussel duo and V and B helmed by Maxime Sorel and Antoine Carpentier were over 3 hours shy of glory.

One lone rider and countless duels

It has to be one of the great paradoxes of this edition, the race finally being played out in two phases, each one as hotly contested as the next. Through to the passage of Land’s End, there was a constant battle between a good fifteen or so boats, with the most hostile of these, Serenis Consulting, V and B and Imerys, jockeying for supremacy. Once past Wolf Rock, Imerys put pedal to the medal in what proved to be a game changer of a move, disappearing from her rivals’ radar screens for good. What ensued for Pablo and Phil was a long, lone ride way out at the front of the pack, punctuated by some brutal changes of scene, ranging from the most uncomfortable beat to the highly relished, summery downwind conditions enabling them to slip along at pace towards the finish. Behind this “one boat show”, the Normandy Channel Race reinvented a breathtaking scenario with no fewer than 9 boats bunched together, diving full bore, downwind, from Fastnet to the Channel Islands. The competition reached fever pitch between the two runners-up, Serenis Consulting and V and B, as well as no fewer than 4 Norman boats hot on their heels, eager to stamp their mark on the event, Brieuc Maisonneuve-Eric Varin (Evernex Delicecook), Halvard Mabire and Miranda Merron (Campagne de France), Claire Pruvot and Louis Duc (Calvados) and Marc Lepesqueux teamed up with Jean-Charles Monnet (Sensation Class40).

“It’s hugely satisfying. It’s been a long, very tough race, with some very varied weather conditions. During the first part of the race, we were neck and neck with a number of boats. Further down the course we ended up on our own out front, left to our own devices, which didn’t really make things any easier as we had to continue to attack, whilst striving to open up our lead. It’s been fantastic. We sailed a really clean race with no errors. It’s fabulous to come back here like this and bang home a win. I finished second last year, just two minutes and 48 seconds shy of Pablo, who was aboard Talés. We were saying that one of us would have to go and position ourselves at the bow to finish ahead of the other this time.”

“It’s been a totally different race to last year, as we were able to fairly quickly open up a massive lead, whilst last year we were really neck and neck with Phil. From Fastnet we really attacked hard to accentuate our lead. I’m as happy as I was last year. Phil never seems to tire or get freezing cold like me! He’s made of strong stuff! A true Brit! I think I’d like to come back to sample the delights of a third victory!”

“A very fine champion, with an international crew and a superb battle amongst the Norman crews… It’s a great edition with the very best the race has to offer and a very wide range of weather and sailing conditions. It’s very rare to find races that offer all these elements, a coastal race and an inshore regatta, in one event.”

The Energy Challenge is an offshore racing project that aims to help accelerate a transition of the marine sector to clean technologies, as well as competing at a high level in the most challenging oceanic races in the world. The project aims to demonstrate an innovative hydrogen-electric energy system that will capture solar energy, and provide a practical replacement for current marine diesel systems.

The Energy Challenge’s clean development is part of a long-term objective to enter the Vendee Globe 2020 with a highly competitive project, but importantly with zero fossil fuels aboard. With Class 40 Title Partner Imerys providing continued support for the next 3 years, the team are looking for additional partners to grow the Energy Challenge in line with this Vendee Globe vision. 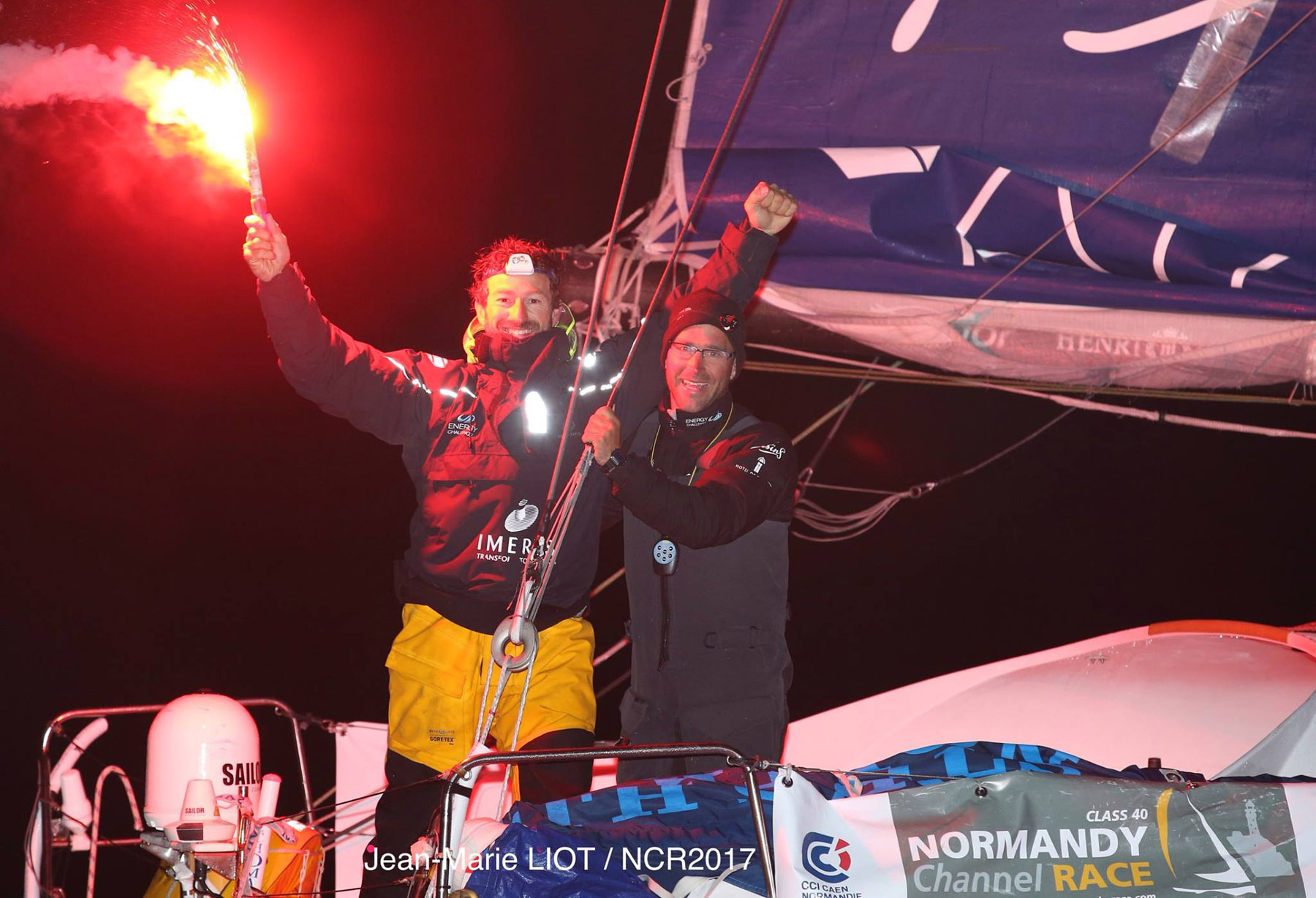 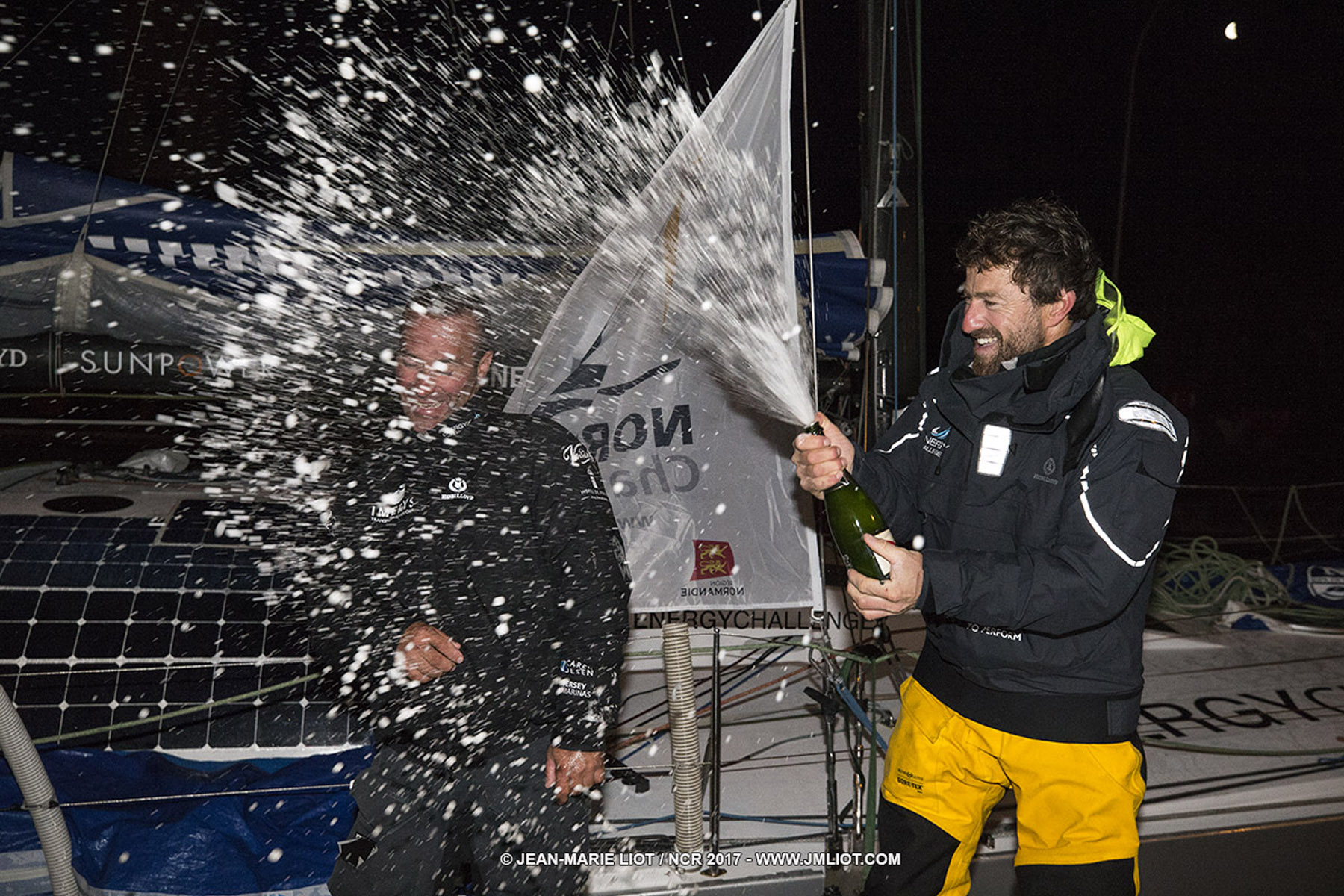 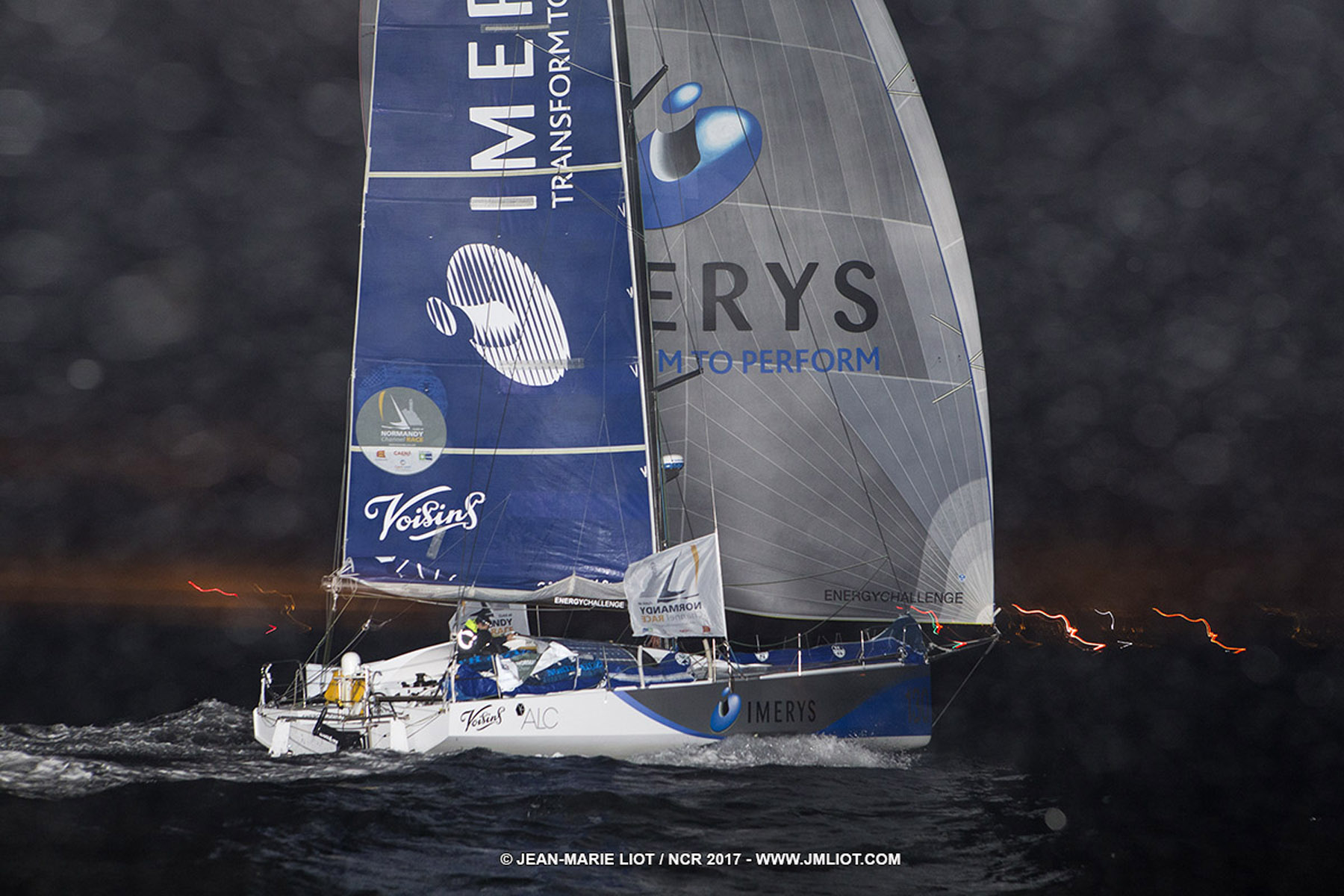