The last 24 hours of the Les Sables – Horta – Les Sables return race have seen offshore racing at its finest. The high level of competition powered by determination and skill ensured an inevitable battle for overall victory between Leg 1 winner Tales II and Imerys, who arrived in Horta a mere 43 minutes and 40 seconds later in 2nd place.

The grit of both teams to defend and conquer has been evident throughout the entire 2,895 nautical mile course driven by close competition and agility in adapting to the harsh and varied offshore conditions. This highly tactical race confronted skippers with extreme sailing at both ends of the spectrum from a slow side-step around no-wind zones in the Azores High, to propelling across the Atlantic in 30-40 knot gusts. Successful in catching a weather system to push the team with the leading pack to Les Sables, team Imerys made a remarkable race sailing in podium position against the new Mach 3 Aina and Tales II, renowned for its rocket speeds.

Phil Sharp, Skipper of Imerys commented: “The entire race has been ruthlessly competitive, and it all came down to the wire in the last 24 hours. Biscay gave us a wild and fast downwind sprint in speeds of over 20 knots, which was immensely fun, but conditions were very challenging with endless very short and steep waves that sent us nose diving repeatedly.”

Early yesterday morning the team were disappointed to experience failure of their large spinnaker, and implemented an alternative solution to compliment the building winds. Phil and Adrien’s mission to not only overtake Tales II (by 43m 40s) became more challenging with the necessary recovery of miles lost during the incident, leaving only endurance and vigilance to fight for a top result.

“The last 24 hours were really where we made a comeback for a top position and we managed to overtake Tales II, but as we lost a lot of time with the spinnaker failure, in the end, this could have well been the time we needed to crack the last 13 minutes and 5 seconds!

“Overall we’re pleased to have made a strong result and we had a great time racing in such high competition. In fact, one night in the Atlantic we had a near collision with Tales II, so the racing really was close!” Phil continued.

Three podium results in the Class 40 Championship, and two races remaining. Pablo Santurde, skipper of Tales II has teamed up with Phil to take on both the Rolex Fastnet Race starting on 6th August, and the infamous Transat Jacques Vabre race to Salvador, Brazil in November. 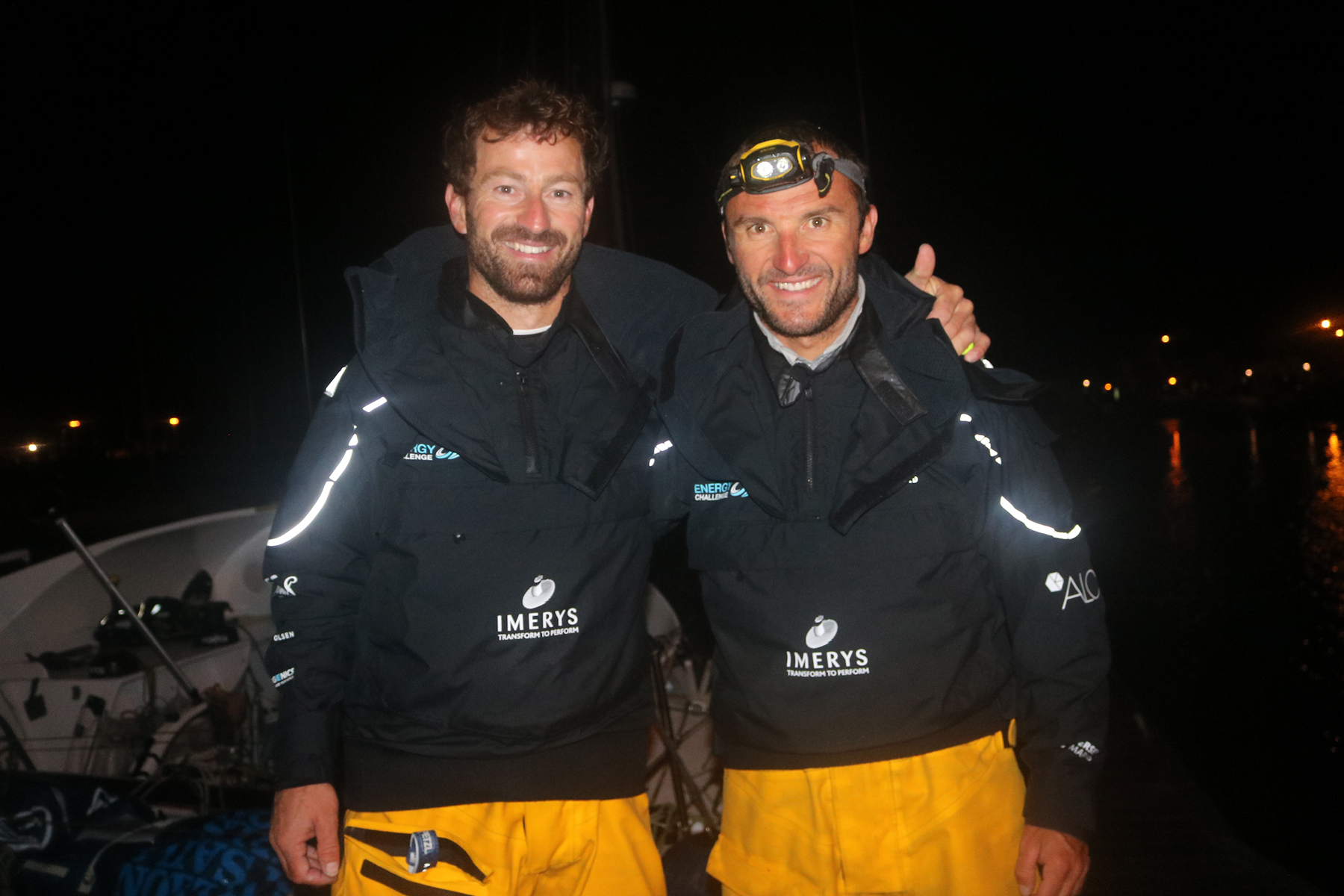