A match race from beginning to end

The 1000 Milles des Sables, an event created as a qualifier for the Route du Rhum, France’s most famous race after the Vendee Globe, was seen by already qualified Phil Sharp as a perfect opportunity to test both man and machine in solo mode. Phil comments: “Returning to solo mode has reminded me just how much tougher solo racing is compared to double-handed. You are always on the limit of physical exhaustion, having to adjust to 20 minute power naps, and the difficulty of finding a window to take these without losing out on a wind shift.

“When I started the race I was quite happy with my hank sail {hoisting} configuration, which I installed for crewed performance reasons, but was yet to test this in solo mode. After hoisting the sails on every change, and seeing how much faster all the other boats were with furling sails {rolled and easily managed from the cockpit}, I have changed my mind!

“The second issue was rather unexpected. I found that the newly fitted autopilot had a defect, a bug that entered man overboard mode on occasion when I went to the bow to change sails. This feature is a system designed to crash tack and stop the boat in the case of man overboard… In the end this saw me complete four 360s, before I found the problem – not exactly ideal.”

As Maxime Sorel found in this race, colliding with unidentified floating objects is a common problem for boats of any category. In particular, there is a fear of sail boats hooking lobster pots with their keels in coastal waters.

“Rather frustratingly I was caught by an unlit lobster pot during the night on my approach to the Gijon mark, this trapped me for a painful few minutes – and with no reward of lobster at the end! Phil continued. 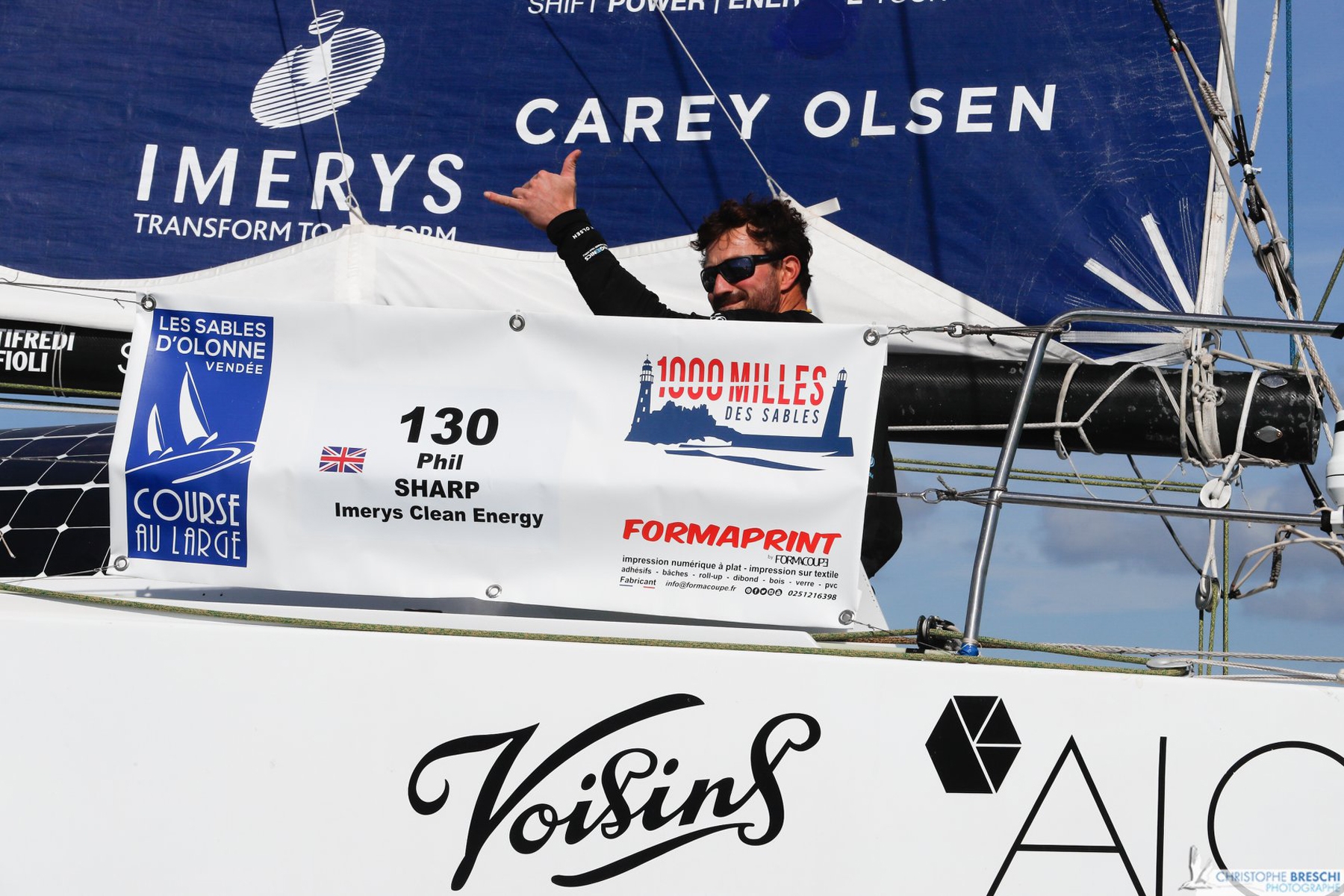 April, a month of unstable weather and a time when the Atlantic is rife with strong depressions and gales soon became the root cause of uncertainty in the 1000 Milles des Sables. A total of three course changes were implemented to avoid any potential of strong conditions, which resulted in a complicated race both strategically for skippers and confusing for followers.

“I was very keen to test the boat and myself in strong conditions that are expected in November’s Route du Rhum, which I think is important preparation before you cross an ocean, both for man and boat. In the end the strongest winds we experienced were 20 knots in choppy seas, which was useful for testing the boat’s light to medium set-up.

“As I learnt in the 2016 Plymouth to New York Transat, preparation for a solo race is everything. In my qualifying passage I went through an un-forecast gale, which was somewhat unpleasant, but the experience brought to light the developments I needed to make on board. For example, I found that my storm sail wasn’t rigged properly for the boat, which I then went on to use three times during the Transat race. The whole experience of my 2016 qualifier enabled me to me think about changing sails safely and efficiently in strong winds.

“Although, for me the conditions were not ideal for what I wanted out of the race, it was still valuable to test the boat in solo mode and with such close racing battling with Aymeric and Sam, it enabled a good speed reference for relative boat performance.

“The race has highlighted a lot of things we need to work on, particularly to make it easier for me in solo configuration, and has emphasised just how important it is to max out on training and testing before racing.” Phil continued. 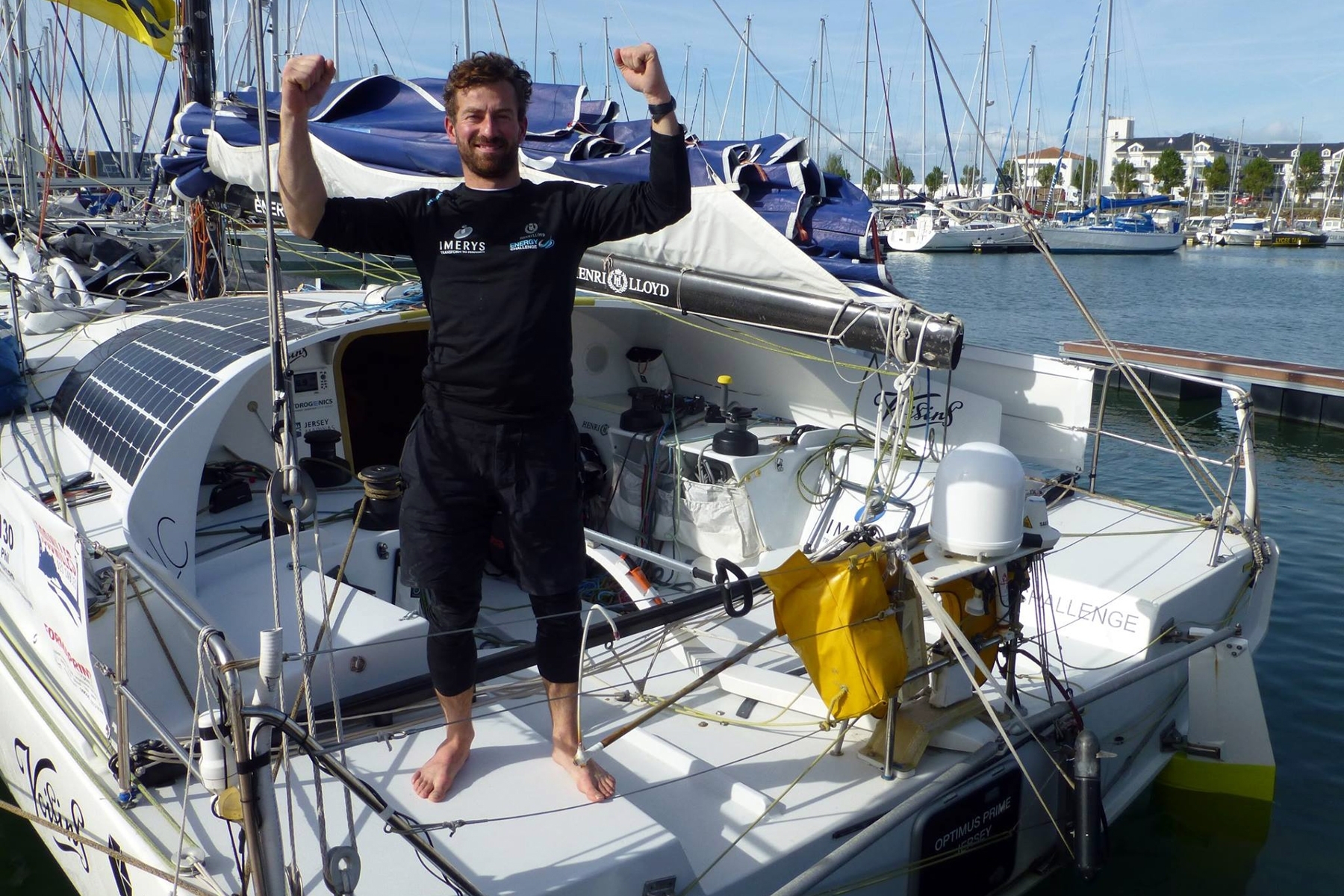