Entering the doors of a sailors’ nightmare

What about the doldrums?

“A bit of theory first: the doldrums (or ITZ – Intertropical Convergence Zone) are an important part of the atmospheric engine responsible for pumping up the air in the tropics. They are created on the edge of two wind systems: the trade winds from the Northern Hemisphere and trade winds from the Southern Hemisphere. Trade winds bring moist and warm air mass where huge amounts of energy is carried from the underlying heat accumulated. The air starts to ascend on the convergence zone creating large convective systems – thunderstorms. It can be said that the air movement in the doldrums is more vertical then horizontal…”

“Large calm areas in the doldrums can create huge parking lots for sailors. It is common for one boat to be brought to a complete standstill in no wind, whilst the opposition just a few miles away sails towards the finish! The calm zones are generally wider on the east, and narrower to the west. However, reaching the far west can sometimes be expensive because of the extra distance that needs to be sailed. If one chooses to sail the easterly route, boats exiting the doldrums will be able to sail faster in the south trade winds due to a better wind angle. As we can see, it is all about finding the right compromise – as always in the life. The final challenge of the doldrums is the fact that on exit boats will enter a well-established wind system on the other side – which means that the teams will need to time this well to catch the best conditions – as getting to the finish will just be a question of raw boat speed.”

Hard to predict
“Weather models have difficulties in predicting wind at the sea surface measurements due to the more or less a random appearance of the thunderstorms. To minimise time spent on the doldrums, one would aim to sail across them perpendicularly towards the equator.”

Where are the doldrums?

“It’s a bit difficult to say, but the north entrance is roughly positioned 12N and there is a sharp exit on the other side at 6N, so all in all some 300nm to be sailed. There are some easterlies present also in doldrums itself so it might not take too long to get across.

“The most important weather information to have on board are satellite images and the ASCAT winds of the sea surface measured by satellites. It is almost impossible to get this information on board of Imerys Clean Energy due to the limit in bandwidth of the spare satellite phone – so wish Phil and Pablo good luck. I believe that after showing great performance so far they deserve it! – Cheers, Jure” 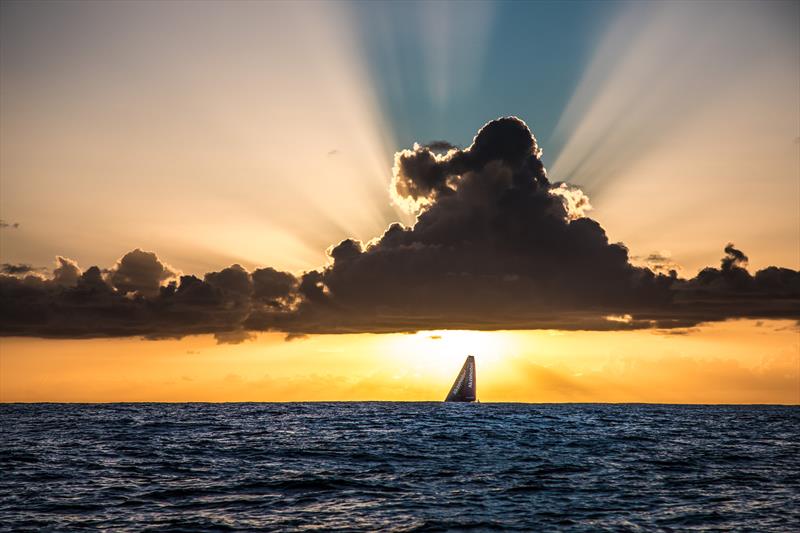