On the home run!

“The leading packed escaped from the hellish doldrums last night at around 02:00 UTC, and the exit was most interesting! Imerys Clean Energy was behind the leader by 15nm at one point, whilst V&B and Aina were hurtling towards the strong easterlies, created by a huge thunderstorm – they were reaching over 12 knots, whilst Imerys Clean Energy was hardly moving…”

“Later on Phil and Pablo caught a long-term westerly system enabling them to recover a significant distance, whilst the easterly route shutdown, leaving their three rivals parked as they flew to the front to take the first puff of the southeast trades!

“Reading a French update from Phil and Pablo working solid throughout the night changing sails and pushing their personal limits – they pulled away and clearly deserved to get this advantage.”

“Showers and thunderstorms are a possibility for today, but the winds will stabilise and become steadily stronger. As they approach Brazil the wind will be backing, which means a lot of reaching. Phil and Pablo will have to continue to work hard to stay in the lead due to a deficiency in boat speed at this wind angle – compared to the latest generation boats. But we know they can do it! Cheers, Jure” 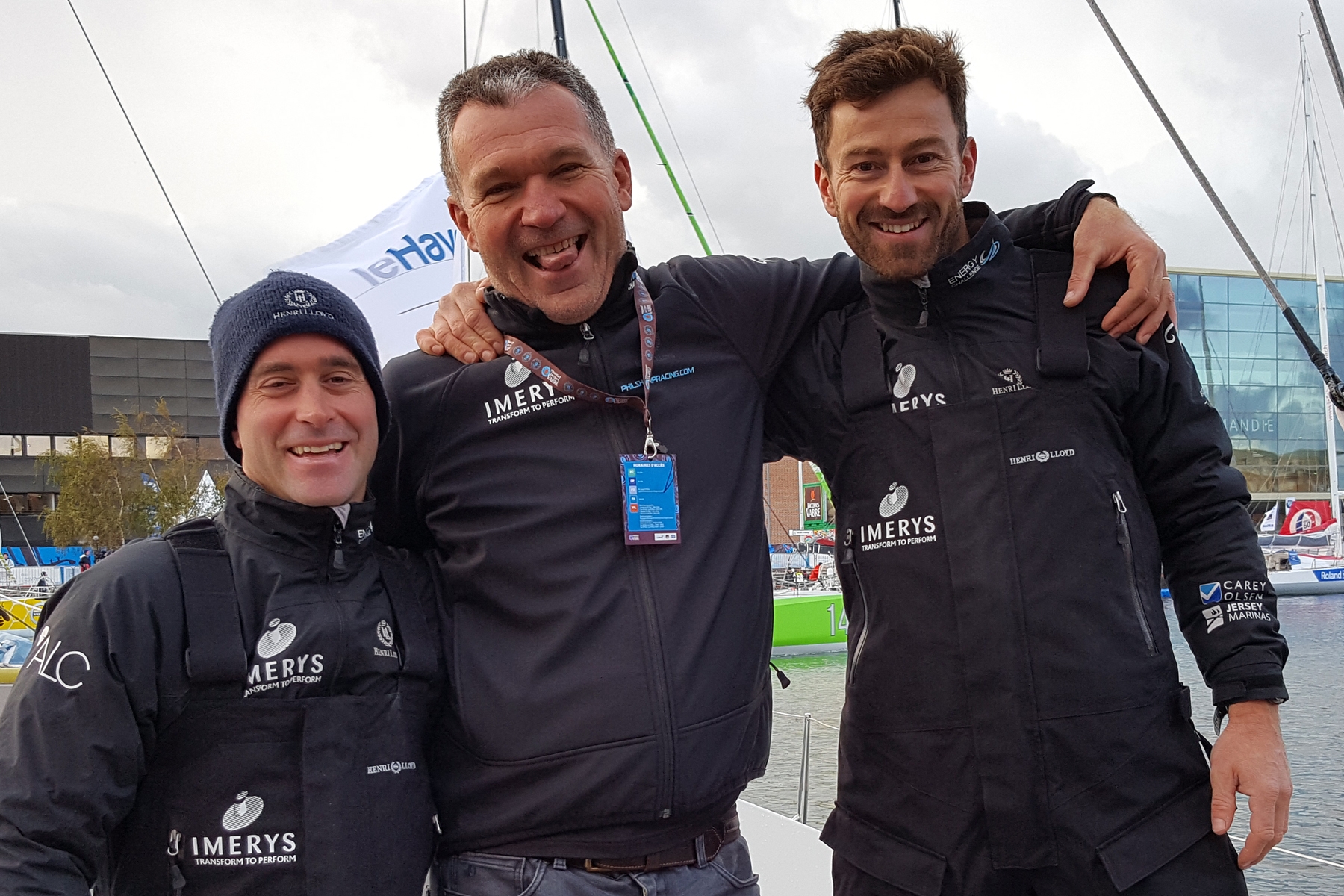