“Unfortunately one of the things I dreaded the most has happened… We were approaching the cold front and the wind was building so we made the decision to change the spinnaker to the smaller Code 5 reacher… Just as we all went on deck to make the change, the boat buried its bow in a wave and the front of the spinnaker tore off completely.  This then ripped off the edge of the sail from top to bottom, which is a massive disappointment.

“Fortunately everyone jumped on the situation positively to try and repair it. The boat turned into a sail loft, with tape and glue absolutely everywhere. The boys did a really good job and we hope to fly the repaired kite very soon. Though I am confident that it will hold, you just never really can be 100% sure…

“There is quite a lot of wind at the moment so we are not suffering too much, judging by the speeds of Corum I think their spinnaker also broke. The whole question will be on whether this spinnaker will hold together. One of the jokes on board is that even if it doesn’t and it blows apart straight away, it has been a good team building exercise! Phil.” 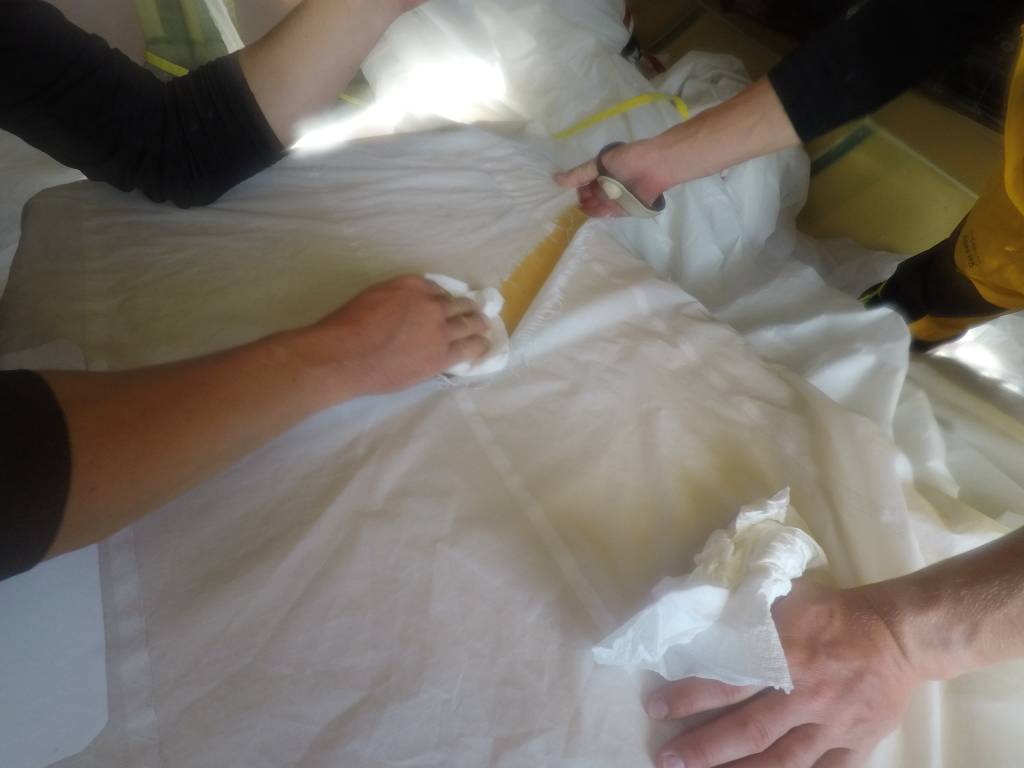 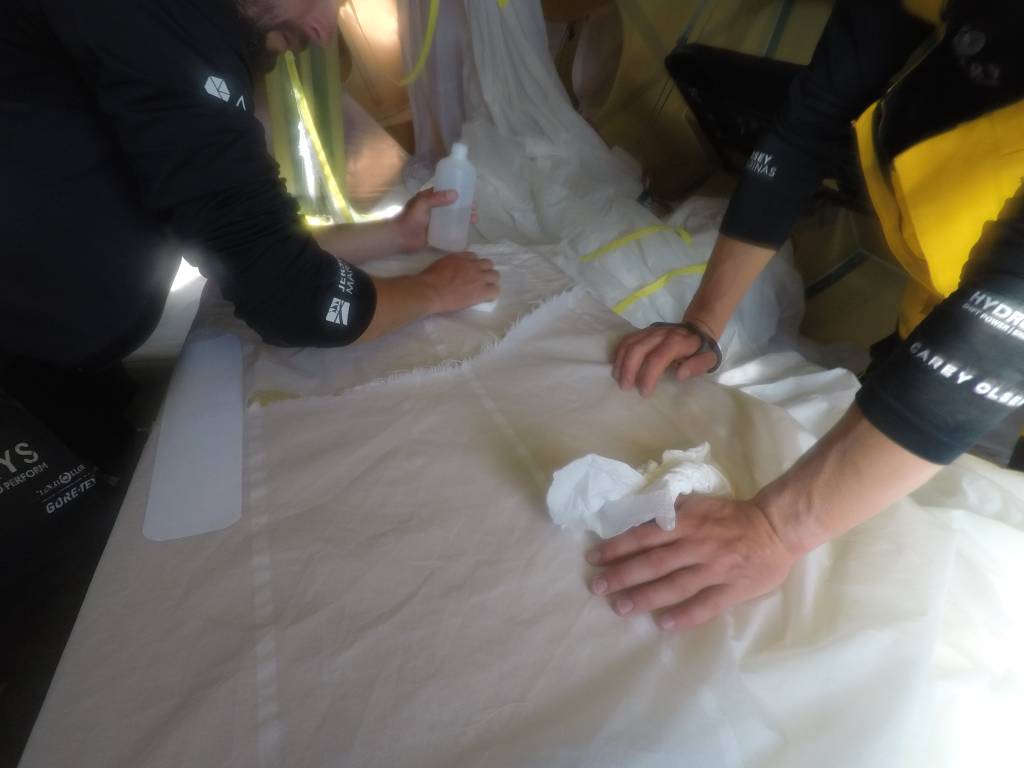 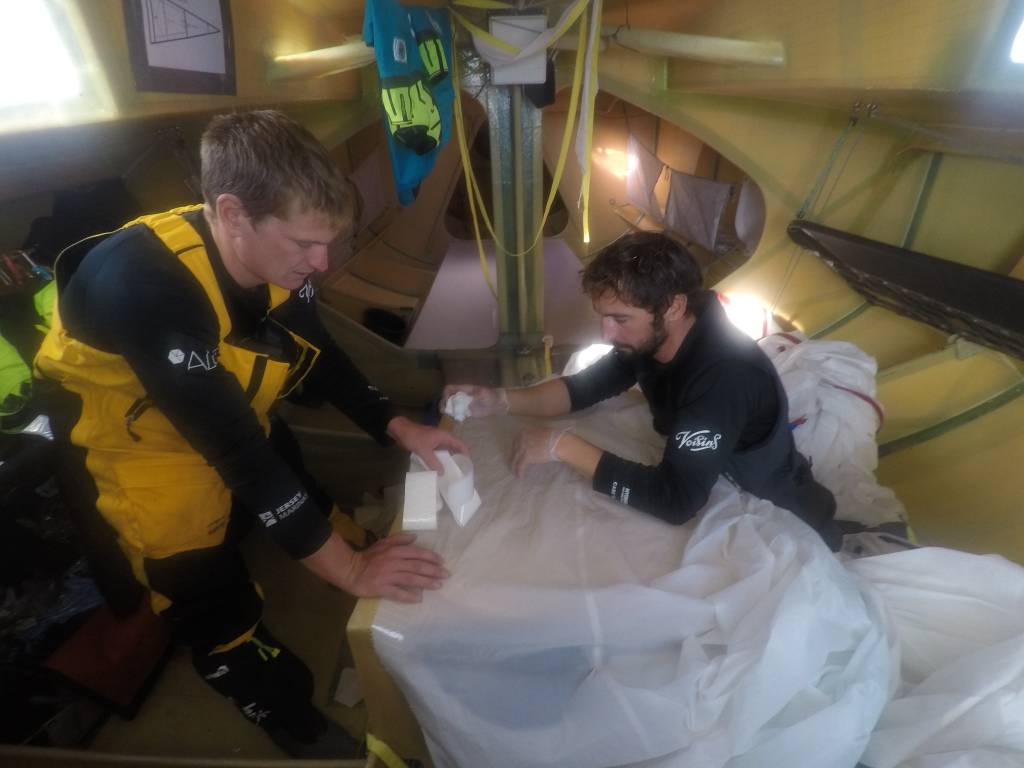 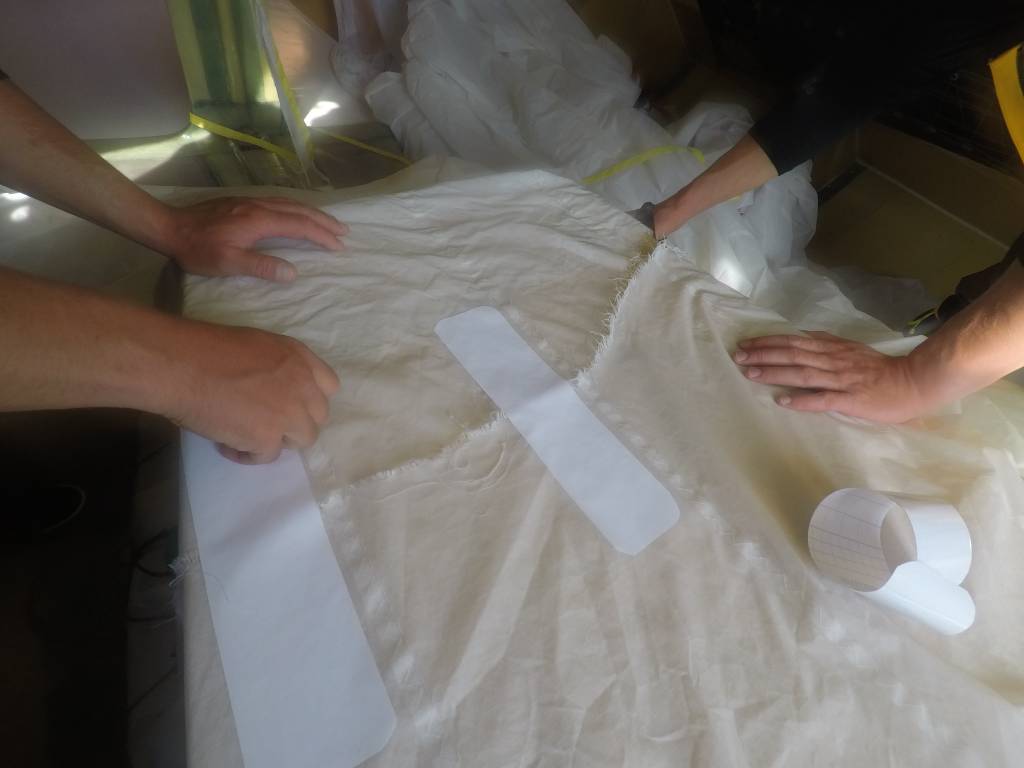